Is the Houseparty App Safe and Secure?

Yes, it probably is. The real question is… are you less internet-savvy that your Gran?

I’ll start by defending my opening question here. In more recent years, we’ve gotten so used to jumping on board with new apps suddenly becoming popular among our friends. We tend to just install and sign up without a second thought… especially with so many apps making it easy to ‘Sign Up with Facebook’.

Most of us regularly use less than half the apps we actually have on our phones, with many just sitting there now that they’re no longer trendy.

Faceapp. Remember this one? You could process a photo to see what you’d look like as a pensioner, and hilarity ensued! However, within a month of its surge in popularity, claims were made that the app was created by a Russian criminal gang who then held full rights over your images. In part, this was true, and you’d know that if you’d read the terms and conditions! (Did you? Of course you didn’t; none of us do!) If you submit an image to any service, they usually do hold some rights to it. Faceapp was indeed made in Russia, and the rights of consumers and their data protection will be different than UK or USA law. The FBI investigated Faceapp and reported that it could be a “potential counterintelligence threat”. However, there was no real evidence to back this up, and many USA companies are investigated by the FBI over security concerns all the time.

Both Google and Facebook have been accused in the past of misusing people’s data (cough, Cambridge Analytica Scandal, cough)…

But, back to Houseparty.

Houseparty is owned and operated by Epic, who are the US company behind Fortnite and Gears of War. It is worth noting that they only acquired it in June 2019, and the original app was actually released back in 2015, under the name Meerkat.

The app is like a cross between services such as Facetime/Skype, and social platforms where you can interact more, such as Facebook or Snapchat.

One main issue, which parents will be concerned about, is based around privacy settings. By default, anyone can join anyone’s “party” and there have been reports of porn bombing. This is very easy to fix by “locking” the room you are in so that no one can join. Make sure anyone with children using the app know how to do this so that when they are chatting to friends people can’t just jump in. The good news is you can easily turn on Private Mode, which will automatically lock any chat rooms you are in — whether you created them or not. To do it in the app, just go to Account > Settings > Private Mode.

The other issue, which has started to appear over the last 48 hours, is that many have had their Netflix and PayPal accounts hacked. And they are blaming Houseparty.

Houseparty is denying any leak of sensitive information and, that even if they were hacked, they have said they are not linked to those services. They are even claiming they are a victim of a commercial smear campaign.

But for argument’s sake, let’s say they had been hacked… how does that mean your Netflix or PayPal can be hacked? This is down to poor security procedures by the end-user.

If you use the same email and password combination for multiple accounts, then if one gets hacked it is easy for the rest to be hacked. I have covered this exact situation in an older blog here but in short, you should use a different password for every account. This is the simplest way to keep you accounts safe, otherwise if one service gets hacked then these hackers potentially have access to everything.

Most importantly here is to make sure you never reuse the password on your emails, as guess how most passwords can be reset? By getting a link sent to your email. If someone has your email password (because it’s the same as the one you used to sign up to that forum about funny cat pictures) then they could reset all your passwords and pretty much take control of your life. Scary right!

So, with lots of extra time on your hands at the moment, why not set up a password manager? We would recommend 1Password, LastPass or PWsafe to set up secure passwords for each of your accounts.

If you don’t want to do this, at least have a different password for each account and check how long it would take to be hacked using this website: 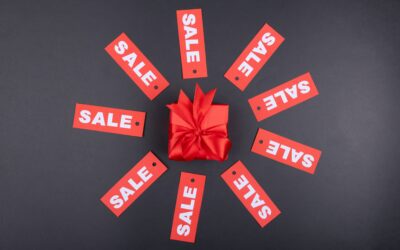 How to Capitalise on Black Friday!

The end of November is just around the corner, and as if that isn’t daunting enough… Black Friday is on its way too!  Though it might be scary thinking you’ll either be swamped with orders from now until Christmas, or that your deals aren’t quite right and your... 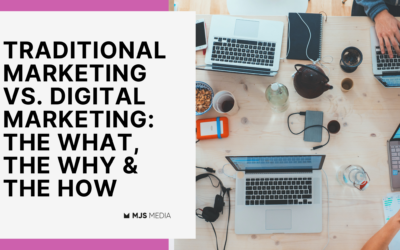 Traditional Marketing vs. Digital Marketing: The What, The Why & The How

What is marketing? It’s the process of getting a message about something to the people that need to see it, whether that’s letting kids know there’s a funky new cereal that’s just hit the shelves, or making dads aware of the Elvis tribute act performing at the local... 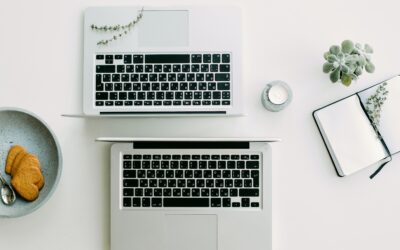 The 6 Reasons Why Blogs are so Important for SEO

Now, you’ve often heard the term ‘SEO’ being thrown about a lot when it comes to websites and marketing, and you probably know that it’s important… but what on earth actually is it? SEO is short for Search Engine Optimisation. This simply means the steps you can take...